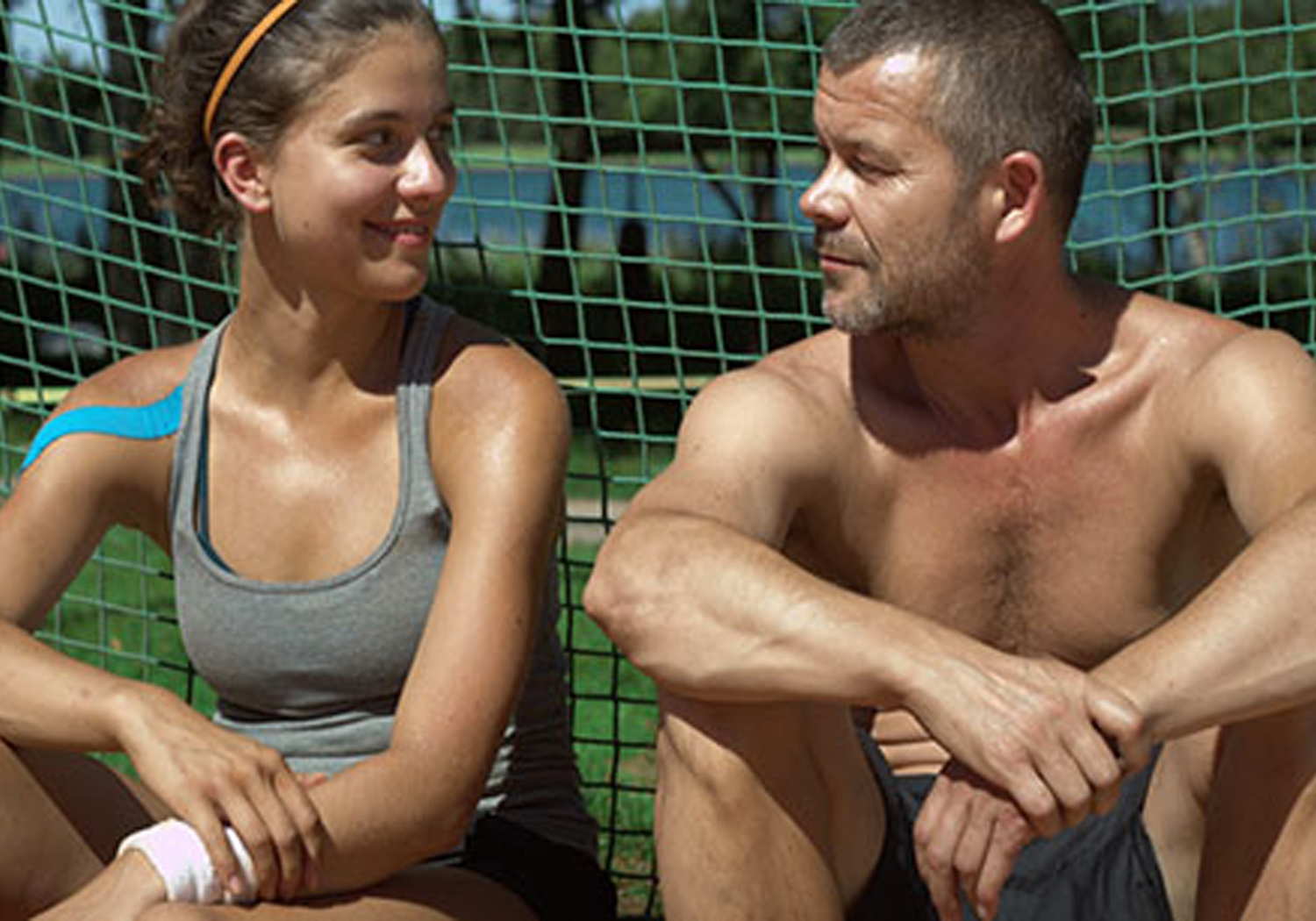 In the middle of a hot summer, Maciej Kornet travels through Poland in a beat-up van with his 17-year-old daughter Wiktoria, following an itinerary that takes them to tennis tournaments in various cities. Wiktoria is the apple of her father’s eye—he dreams of a huge tennis career for her. She also thinks the world of him. But after one of the tournaments they meet Igor, a young, promising tennis player, and Maciej takes him under his wing, unaware of how it will change the dynamics of his relationship with his daughter. Wiktoria starts opening up to new experiences and youthful rebellion. First cigarette, first drink, first love.

ŁUKASZ GRZEGORZEK
Born in 1980 in Nysa. Director, writer, editor, producer. A law graduate from the University of Warsaw and trained for a career as a professional tennis player. After moving into film he spent the next ten years learning the ins and outs of film and script editing while creating television trailers for B movies, blockbusters, and art house fare.