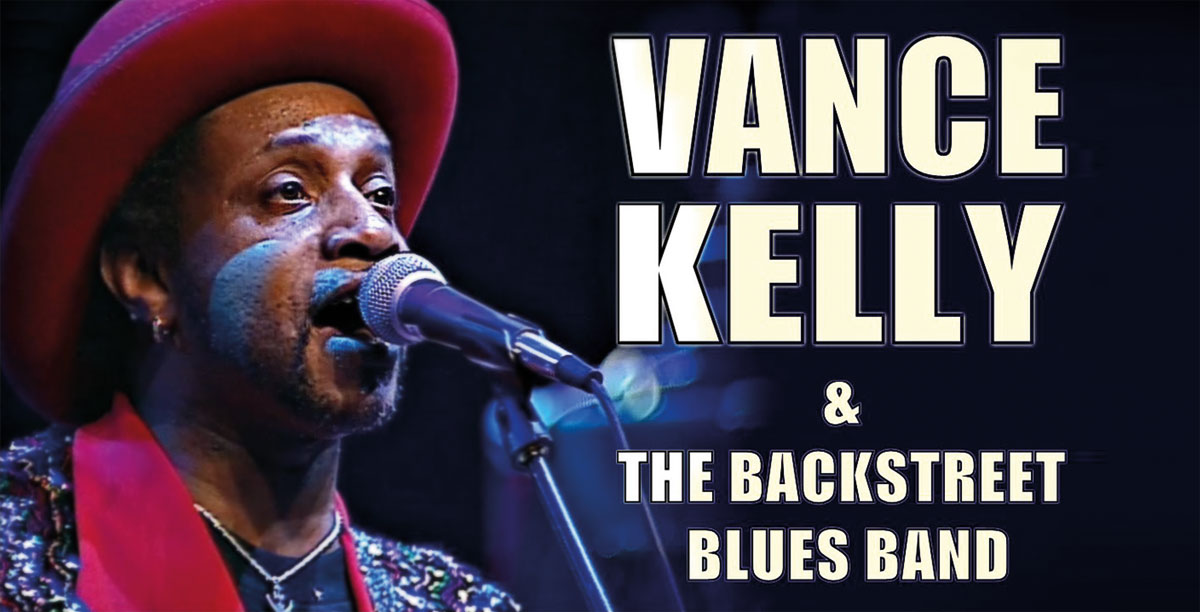 Vance Kelly was born in the Near West Side area of Chicago in 1954 in a family which moved to Chicago from Missouri and Mississippi. He is an American soul blues singer and guitarist, who has performed at various well-known music venues in the Chicago area: Checkerboard, Rosa’s, Kingston Mines, Buddy Guy’s Legends, and B.L.U.E.S. His father was a gospel musician and his uncle, LeRoy McCauley, was a part-time blue musician. Kelly’s own interest in and talent for performing music were on display at an early age: he was playing guitar by the age of seven, despite never having had a formal education. Then, at the age of 10, he performed blues for the first time at a school. As a teenager he appeared both as a solo artist and as a sideman in the clubs and developed his unique “ringing” guitar sound, which raised his profile among members of Chicago’s blues community. In the late 1970’s he refined his style with major influences of B.B. King, Muddy Waters and Johnny Christian.

In 1992, Kelly formed the Backstreet Blues Band and signed a recording contract with the Vienna, Austria-based Wolf Records International. Members of Kelly’s band included John Primer on guitar; David Honeyboy on harmonica; Eddie Shaw on the saxophone; Erskine Johnson on the keyboard; and Johnny Reed playing bass. In 1994, they had a breakthrough when their debut album, Call Me, earned critical acclaim and went to win the best album of 1994 and the Living Blues Award for Best Contemporary Blues Album in 1995. Since them Kelly has worked steadily, producing a string of well-received albums showcased his signature mix of blues, soul, and funk styles.

Vince Kelly is one of the few acts in Chicago who was able to please audiences on the South, West and North sides, with a versatile band that spans wide spectrum of blues material, which sometimes ventures into the “blue” topical territory […] His broad repertoire includes a version of Prince’s “Purple Rain”, which is typically a show-stopper […] today Kelly plays all over the world.