Inspired by real events, the story of a blind piano genius. Mietek loses his sight as a child. His mother puts him under the care of nuns in Laski. In a center for the blind, the boy discovers that music can become a way for him to see and tell the world anew. Mietek becomes a great classical pianist. However, when he discovers jazz – he has only one goal: to become the best jazz pianist in Poland. It is becoming more and more successful, not only in the country, but also in the world. He wins the prestigious Montreux Jazz Festival. In his life, a charismatic singer unexpectedly appears. This meeting will change his life. 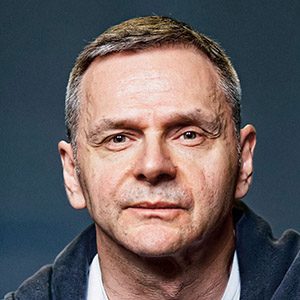 Born in 1964 in Katowice. Director and scriptwriter. Graduated in Journalism from the Silesian University in Katowice (1989) and in Film Directing from the Radio and TV Department at the same University (1993). In 1990 he completed the Screenwriting Study program at the National Film School in Łódź. Recipient of many awards.