Magda, a teacher in a catholic high school, is hiding from everyone the fact that she prefers women, Arek has not been able to find a job for a long time now, and Tomek, a popular youtuber, is motivated mainly by self-interest. The trouble starts when Magda, tired of living a secret life, decides to follow her heart and triggers a cascade of events. Asia breaks up with Tomek, the grandfather disappears, and Arek has problems with getting his life back on track. When troubles, conflicts and desires that have been repressed for many years finally explode, everybody starts to live their own life. Or at least they think they do… Will every character find their own path to happiness? 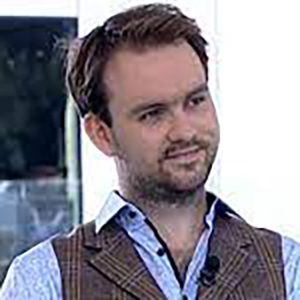 ALEKSANDER PIETRZAK
Born in 1992 in Płock. Graduated from Music School Stage II in piano class. He is an alumni of the Movie Directing Faculty at the Warsaw Film School. His diploma movie “Strong Coffee is Actually Not That Bad” (2014), won many national and international awards. Another short film “Me and My Dad”, created in Munk studio, was also a huge success at festivals and was streamed in cinemas along with three other short movies under the name “The best polish 30’ short”. He debuted with a full-length movie called “Julius” which qualified him to enter the main movie contest of the 43rd Polish Film Festival in Gdynia. Member of the Polish Filmmakers Association, member of the Main Board since 2022.