Diagnosed as an autistic child, Grzegorz lives in his own, hermetic world not being able to connect with others. When he is a teenager, it turns out that the cause of Grzegorz’s isolation is not autism but a deep hearing impairment, underneath which a great musical talent has been hidden for years. Thanks to a hearing aid, Grzegorz starts to discover speech, sound, and music, in which he falls in love. Grzegorz now desires to become a pianist and perform at a great philharmonic concert hall. But no one, apart from him and his family, believes that this deaf boy – though aided with new technology – will ever make his dream come true. 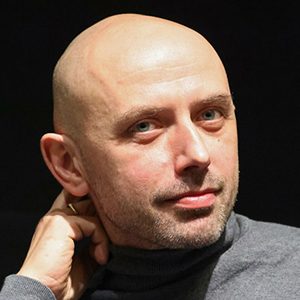 BARTOSZ BLASCHKE
Born in 1974 in Gliwice. Film director and screenwriter. He graduated in Cinematography and Photography from the Radio and Television Faculty of the University of Silesia in Katowice and from Andrzej Wajda Master School of Film Directing in Warsaw. Director of the short film “My Father’s Eyes” (2015) and a documentary series “Patrol Tatry” (2019), and screenwriter of TV series “Na dobre i na złe”, “Ojciec Mateusz”, “Nad rozlewiskiem”, “Na Wspólnej”. Two-time winner of awards in the Script Pro competition: 2nd place for his screenplay for “Sonata” (2018) and 3rd place for the screenplay of “Felicja i Jezus” (2014). “Sonata” is the director’s feature-length debut.