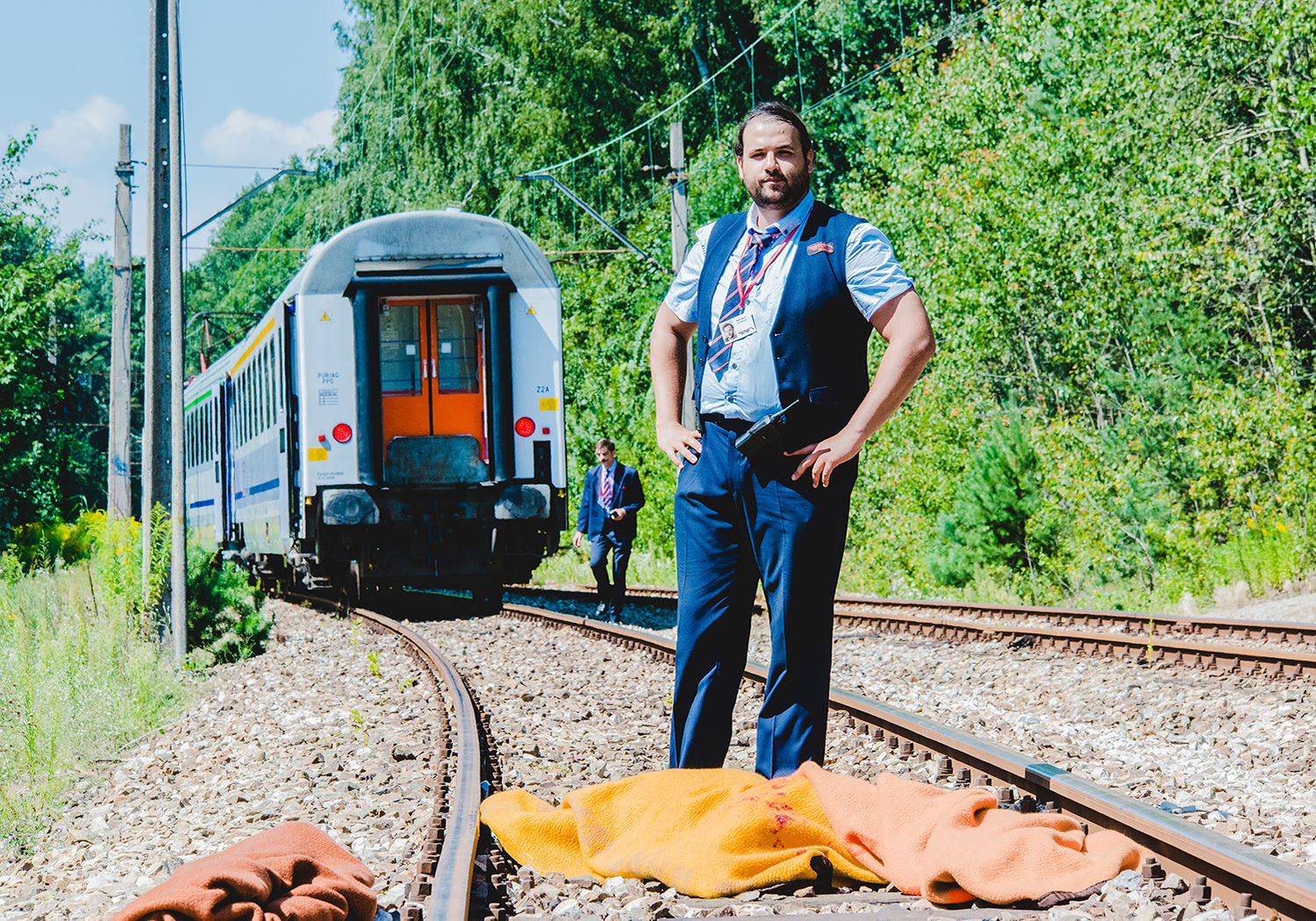 Summer, a hot day. A train packed with passengers traveling to the seaside abruptly stops in the middle of nowhere because a girl jumped in front of the train killing herself. While waiting for the police, the passengers get off the hot train and start to picnic just a few meters from the girl’s body. They bring out beer and sausages and sun tanning lotion. They gossip about the cause of the girl’s suicide. The people seem more concerned that the train is being held up than caring about the girl’s death.

Born in 1986 in Przemyśl. Graduated from the Film and TV Direction Department of the Leon Schiller National Film, Television and Theatre School in Łódź in 2014. His film school projects, “Honeymoon” and “Pizza à la Polonaise”, have been screened at national and international festivals. He works as a director of television programs and is currently working on the screenplay for his full-length feature debut.