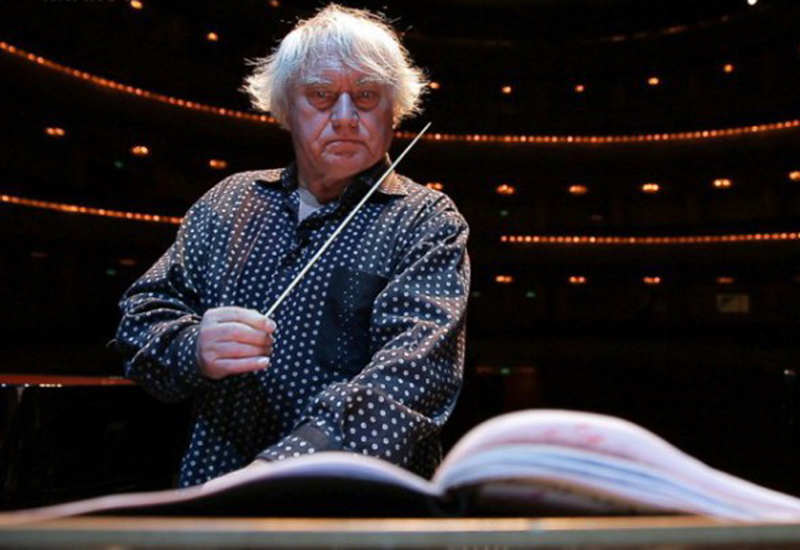 At 80, conductor, composer, and pianist Jerzy Maksymiuk remains completely active, for many almost too much so. Demanding of himself and of others, never slowing down, merciless to poor performers, he remains fascinated by music and focused on his scores to the point of madness. He is loved by the prominent, but irritating to and disliked by hacks. His wife, Ewa, is a person of equal importance his story. Although not sharing his gift, she is absolutely indispensable to him because his art and his existence are so dependent on her. This is the story of a great passion and great talent, and the even greater cost of that talent.

TOMASZ DROZDOWICZ
Born in 1963 in Warsaw. Director, producer, author of music videos and co-author of television programs. Graduate of Film Directing at the Faculty of Film and Television of the University of Silesia in Katowice. His documentary films include “Nazukos czyli z biegiem Sprząśli” (1994), “Dom wielki jak zamek” (1996), “Zniewolony teatr. Kresy wschodnie” (2007), “Kolba, na szczęście!” (2010). In 2007, he debuted as a director and feature film producer with the Polish-German comedy “Fur”.

GEBURG ROHDE-DAHL
Film producer, director and scriptwriter. From 1972 to 1997she made around 30 features for children, as well as ZDF-Programme RAPPELKISTE and other series. Since 1985 she makes documentaries.