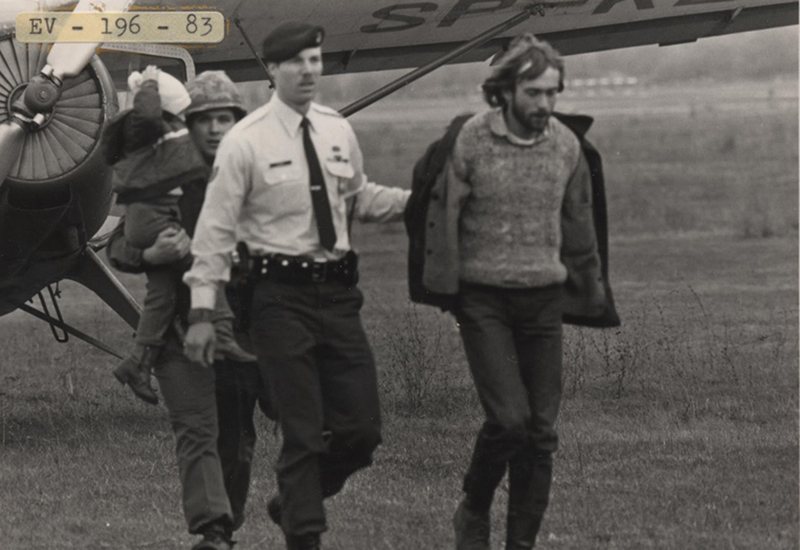 A sensational documentary about the little known, 1983 escape by airplane from behind the Iron Curtain to the Tempelhof airport in West Berlin. This daring feat was carried out by Leszek Piłat, a student from Lublin. He was the youngest of 16 pilots who escaped from communist Poland. In the film you can see the unique images of the landing and the arrest of the escapees by American soldiers.

GRZEGORZ LINKOWSKI
Born in 1957 in Lublin. Director, screenwriter, and producer. Graduate in Education at the Maria Curie-Skłodowska University in Lublin. A director of “Chatka Żaka”, the Academic Centre of Culture of the UMCS University in Lublin. An founder and director of the International Days of Documentary Film “Rozstaje Europy.” Author of more than 20 documentary films, among others: “Brothers of the Same God” (1996), “ “Embedded in David’s Star – the Cross” (1997), “The March of the Living” (2003), “Files” (2004), “A Ballad about Home” (2006), “A Story of a Conscience” (2007). An award winner at film festivals in New York, Odessa, Łódź, and Cracow, among others.