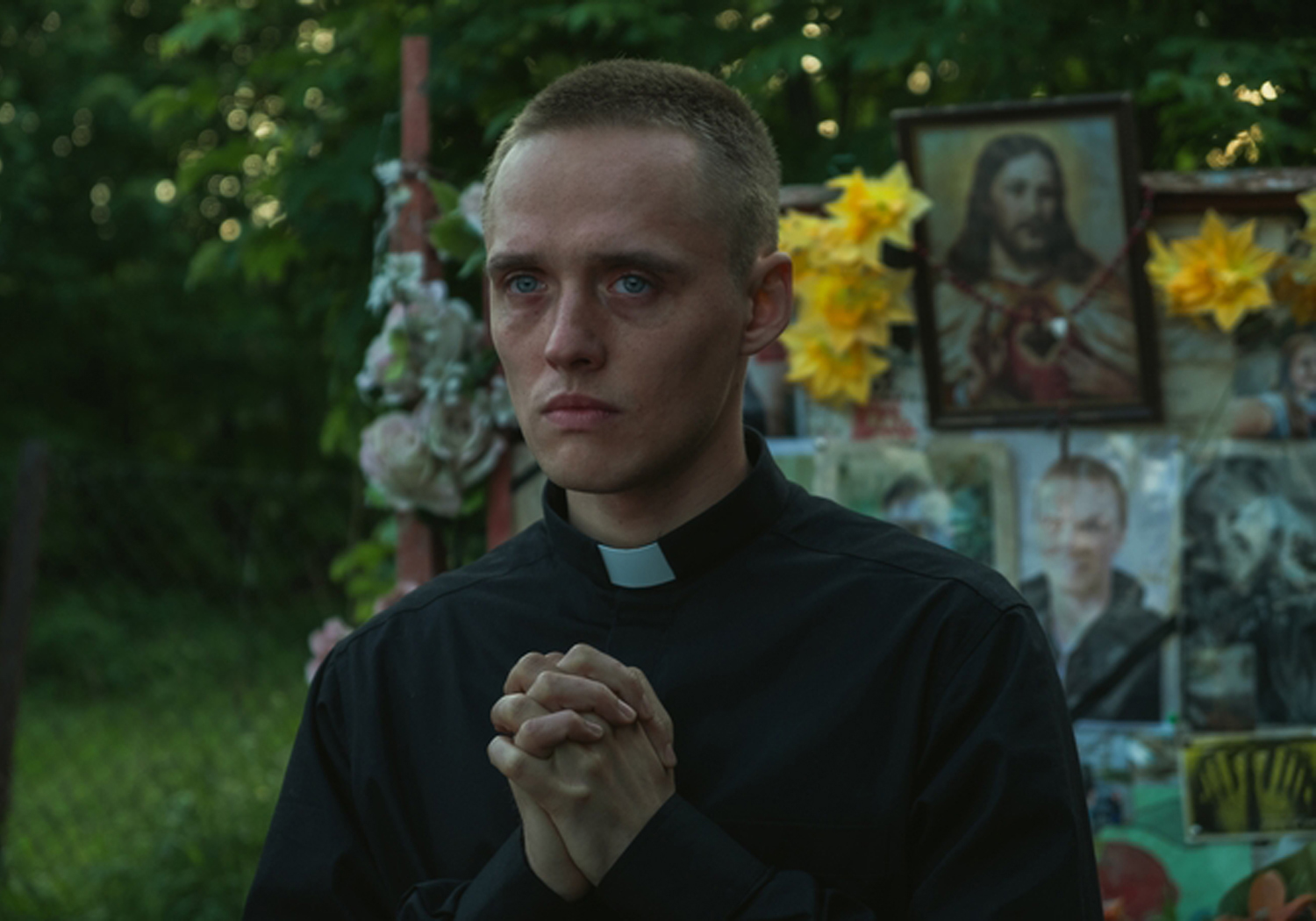 After serving time in juvenile detention for a violent crime, 20-year-old Daniel must face his inner demons while searching for redemption.

Running from the troubles that haunt him, Daniel hides from his past by posing as a priest in a small Polish town and is given the chance for spiritual transformation. Slipping into the role of charismatic preacher, he is able to offer his new flock a chance to heal from a polarizing tragedy. However, not everyone is capable of forgiveness or of deliverance, and the winding road to redemption can be difficult.

JAN KOMASA
Born in 1981 in Poznań. Director, screenwriter. Graduate of the National Film School in Łódź. Author of the awarded short film “Nice to See You” (Cannes). Co-author of the well-known novella, “Ode to Joy.” His feature-length debut, “Suicide Room,” won numerous awards, including the Silver Lion in Gdynia, and awards at Giffoni Valle Piana, Palić, Bydgoszcz, Kiev, and Geneva. It was also nominated for the Eagle in several categories and Komasa received an Eagle as Discovery of the Year.